Seafire by Natalie C. Parker is the first book in a trilogy telling a story about a bunch of strong young women. And the seas. And, because it is a fantasy novel, it is also about blood and weapons, pistolfights and a surpressing enemy. But first of all, it is about friendship so deep it equals sisterhood.

Caledonia Styx is captain of her own ship, the Mors Navis, and leads a crew of fifty-something girls (spoiler alert: the exact number changes more than once throughout the book) who are at least as reckless and determined as herself. But she has not come there easily. At age 14, she showed mercy to the wrong  person which cost her family their lives. Now, years later, she wishes for revenge – and is willing to give a lot for it.

Sailing the seas on the Mors Navis, Caledonia and her crew board and sink enemy ships. Their mission is to take down and destroy as much of the warlord Aric Altair’s AgriFleet as they can. Because not only is the warlord responsible for the deaths of many of their families. He also controls the ocean and the adjacent regions in a brutal way, taking children from their families and drugging them with Stilt, a powerful drug, to make them docile and employ them in his army of Bullets.

A new mission sets the seas on fire

To keep her crew safe from Aric and his Bullets, there are rules on Caledonia’s ship. Rules that must not be broken. Because sisterhood is survival. But when a boy from the Bullet army saves the life of Caledonia’s best friend, confidant and second in command, order on the Mors Navis is challenged and a new mission arises in front of the girls. Because suddenly, Caledonia is not as sure her whole family is dead anymore as she has been until then.

We keep one another safe.“

Craving to save the presumed dead from their faith unter Arics hand, the fierce crew of the Mors Navis changes course and begins a voyage towards a region called the Northern Colonies and a seemingly unassailable ship with an electric hull. All because the Bullet boy (whom most of the girls don’t even trust) claims that the people they are looking for are on board. The mission brings the girls to habour cities and makes them board other ships. But most of the story told in Seafire takes place on board of the Mors Navis.

Nevertheless, the setting is not boring in the least. The ship is thought up in a very creative way and described very detailed. And, throughout the book, it felt more and more like the girls‘ home and safe haven in a rather cruel and unforgiving world.

Furthermore, the very individual personalities of the girls, their hurts, losses, sorrows and hopes and the strongly interlaced bonds between them were more than enough to enthrall me. As were the disagreements and conflicts on the ship, aroused by the unexpected appearance of the Bullet as a disruption of the usual order on the ship. All in all, I really enjoyed reading Seafire, most of all because it made me believe that strong, loving and accepting friendship can conquer a lot. Mutual foes as well as differences of opinion. And women can, too. Especially when they work together.

A real lovestory does not take place in the first book of the trilogy. This might very well change in the course of the story, though I cannot be sure about that as I haven’t read Steel Tide yet.

The third book, Stormbreak, will be published on November 10th. 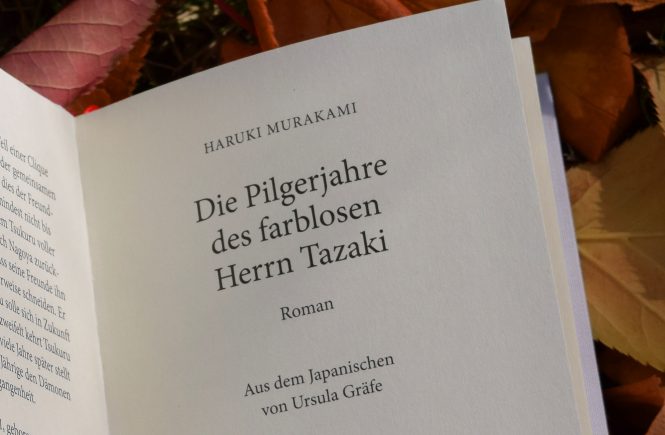