„People see what they wish to see. And in most cases, what they are told that they see.“ (Erin Morgenstern, The Night Circus)

This book is best read at night, when everybody else is asleep and flickering candlelight surrounds you. It is best read during nights when you’re just awake enough to stay up reading and just tired enough to get swept away to a world made of dreams, some of which keep balancing on the threatening edge of turning into nightmares.

The Night Circus is about love, friendship, time and magic. But most of all it is about dreams. Dreams that pass by nearly unnoticed as well as dreams that are followed until the edge of the world and the edge of time. It is about people who lead strange, dreamy lives, constantly chasing something that can never be caught.

And the book tells the story of Celia and Marco, two young magicians who are caught in a competition they themselves did not start, who are bound to each other since they have been but children and who are not able to tare this magical bond apart. Nor can they compete against each other in the way their masters attempted them to when they startet the competition years ago. As they grow older, they start to fall in love with each other. It is an enchanting kind of love.

“Secrets have power. And that power diminishes when they are shared, so they are best kept and kept well.“ (Erin Morgenstern, The Night Circus) 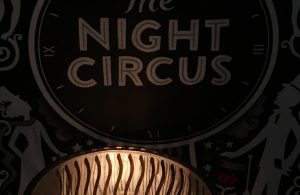 In the cause of the competition, a circus is created. It opens at nightfall and performs until dawn. It appears quite suddenly in unexpected places. As they compete, Celia and Marco add new attractions to it and use magic to build new tents. Until the „Cirque des Rêves“ becomes a world of its own.

Imagine there was magic…

At the black and white world of the Night Circus, the line between reality and imagination is thin. As is the one between mere tricks and magic and mystery. People get caught in the performance’s spirit and start to follow it around the world, just to spend another night under its spell. 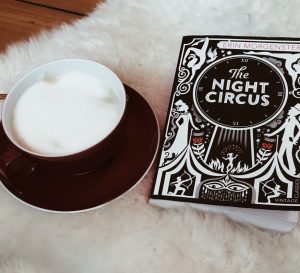 Erin Morgensterns style of writing is as compelling as the imagination of the Circus of Dreams is. Once I started reading, I was barely able to put the book down. The story begins in 1873. Afterwards, there are several jumps in time, continuing on over decades. This makes the story even more interesting to read. The setting of the circus is described in a mystical, otherworldly way. The black and white color scheme Morgenstern uses creates a very special atmosphere.

I definitely recommend reading „The Night Circus“ to you if you are looking for a story that carries you to a world that is not too different from ours, but with a heaped spoonful of magic added to it. Reading this novel made me see magic in everyday things and led me to reconsidering whether the world we live in really is as boring and un-mystical as we learn to see it.