Some books stay in mind for a long time. I picked this particular one up at Barnes & Noble on Broadway in New York City when I visited NYC with my best friend, Victoria, in June 2017.  The story is still in my head, I remember it, I think about it. It still won’t leave, which is proof that I really enjoyed reading it. I bought Wink Poppy Midnight while waiting for Vici getting ready at the hairdresser. She had decided that she was in need of new Highlights. What else could there possibly be worth doing than getting blonde highlights in NYC…

Anyways, while Vici got her hair dyed, I strolled around the near bookstore and found this book. It took me only a few days to read it, though I still was in the most exciting city I’ve ever been to, partly because my flight back home got cancelled and I had to spend ten hours at JFK, alone and bored, because Vici would stay in the US for another two months. I was quite happy to have Wink Poppy Midnight with me because it was a gripping read, which surprised me a bit. Somehow, though it is YA, the story definitely is not mainstream. It is strange, dark and confusing in parts. And Wink Poppy Midnight is one of those books of which I will always know where and when I bought and read them.

“Revenge. Justice. Love. They are the three stories that all other stories are made up of.“ (April Genevieve Tucholke, Wink Poppy Midnight)

The book mainly is about two girls and a boy, Wink, Poppy and Midnight. In the beginning, each character seems to play a certain, almost predestined, role in the story. The traits of hero, villain and secret appear to be strictly seperated and allocated.

Midnight is a boy who has been desperately in love with perfect, beautiful Poppy for years. Poppy appears as the exact opposite of a nice girl. Beautiful, yet mean and cunning does she gather a group of girls and boys around herself who admire but also fear her at the same time. They do nearly everything she demands of them. Wink is the mysterious red–headed girl living next to Midnight. She lives with her mother and a bunch of younger siblings. They take life as a compilation of stories, are fond of books about brave heroes and a great deal more interested in stories than in mainstream social expectations. They simply live their lives on the farm that is their home, feet in the dirt and freshly plucked strawberries in their mouths.

As the story develops and Wink and Midnight fall in love with each other, Midnight slowly begins to enter Wink‘s strange and unconventional world of heroes, mysteries and fantastic stories. Poppy continues being perfectly mean while Wink and Midnight spend sunny days in a world that does not seem to be entirely real. Until there is an incident that changes everything. Roles, sides, good and evil become mixed up and suddenly everyone seems to be villain, hero and victim at once. But most of all, the three of them each become a mystery I desperately wanted to solve when reading the book.

“That girl made me feel like I was dreaming. Broad daylight dreaming.“ (April Genevieve Tucholke, Wink Poppy Midnight)

April Genevieve Tucholke’s style of writing took me into a completely different world. Her writing has a lyrical, mysterious touch. It fits the story very well. Even in the hours I spent waiting at the airport, Tucholke’s captivating writing and story gave me the possibility to escape to a warm summer world smelling of wild forests, earth and strawberries. So, all in all, I definitely recommend reading Wink Poppy Midnight when you feel the urge to escape to a strange summer somewhere between fantasy and reality, light and darkness, warmth and cold and good and evil. 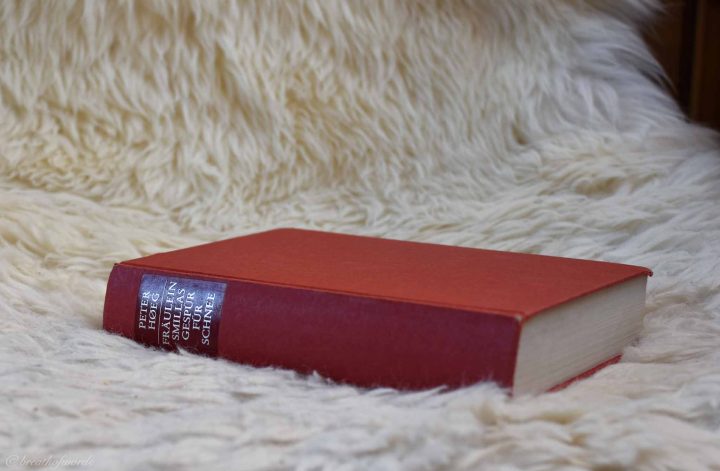